If you’re reading this, you’re halfway to living on a prayer. And by “living on a prayer,” we mean becoming an honorary member of Bon Jovi. That’s right—you’ll get flown out to their Nashville show, score VIP access (we’re talking backstage, people!), eat a meal with the band, ride on their tour bus, get put up in the same hotel as them and get a private performance during sound check. If you’re up for it, you can even sing a song with Jon. Oh, and did we mention you’ll take home a signed guitar? Yeah. In short, you’re going to experience life as one of the world’s biggest rock stars alongside some of the coolest people in music. We’re insanely jealous.

Since 2006, the Jon Bon Jovi Soul Foundation has helped fund over 500 affordable housing units for thousands of low-income or formerly homeless families and individuals. As if that’s not amazing enough, the Foundation expanded its services to address issues of food insecurity by opening two JBJ Soul Kitchen community restaurants in New Jersey. JBJ Soul Kitchen is a community restaurant that serves both in-need and paying customers in a really unique way. In-need diners pay for their meal by volunteering their time at the restaurant, and paying customers effect change by paying more than the suggested donation. Your support will help further the mission of the Soul Foundation: to establish programs and partnerships that help alleviate the challenges of individuals and families caught in the cycle of poverty and homelessness.

The mother of Hard Enduro, the Roof of Africa this weekend signs off what’s been another awesome year of action.

Heading there as defending champion, Husqvarna’s Graham Jarvis is the guy everyone will be trying to beat. No stranger to success in Lesotho, Jarvis has enjoyed a cracking season to date.

Bagging the big ones with wins at Erzberg and Romaniacs and then most recently topping the podium at GetzenRodeo, he’s keen to sign 2016 off on a high.

“I like the Roof of Africa,” said Jarvis. “I’ve been there a few times and it’s always a little different each time around.

“I won last year and hope I can do so again this weekend. You never quite know how it’s going to pan out, but I know it’ll be tough riding and that’s my style.”

KTM’s Alfredo Gomez makes his debut ride at the Roof of Africa this year and is one guy who’s already proven twice during 2016 that he can beat Jarvis.

He beat Jarvis straight up at the level playing fields of Minas Riders back in April and then did it again at the Hixpania Hard Enduro earlier this month.

“I’m riding well, I’ve been working hard to get ready and looking forward to what’s in store at the Roof,” told Gomez at Hixpania.

“It’s a new one for me but I adapted well to the new terrain in Brazil so I’m hoping things will go well in Africa.”

Data from each of the two rovers active on Mars reached Earth last week in the successful first relay test of a NASA radio aboard Europe’s new Trace Gas Orbiter (TGO).

The transmissions from NASA rovers Opportunity and Curiosity, received by one of the twin Electra radios on the orbiter on Nov. 22, mark a strengthening of the international telecommunications network supporting Mars exploration. The orbiter’s main radio for communications with Earth subsequently relayed onward to Earth the data received by Electra.

The European Space Agency’s (ESA’s) ExoMars/Trace Gas Orbiter reached Mars on Oct. 19, 2016. As planned, its initial orbit shape is highly elliptical, ranging from as far as 60,000 miles (98,000 kilometers) above the surface to less than 200 miles (less than 310 kilometers). Each loop takes 4.2 days to complete.

Frequent use of TGO’s relay capability to support Mars rover operations is planned to begin more than a year from now. That’s after the orbiter finishes adjusting its orbit to a near-circular path about 250 miles (400 kilometers) above Mars’ surface. Meanwhile, four other active Mars orbiters also carry radios that can provide relay service for missions on the surface of Mars. The two active rovers routinely send data homeward via NASA orbiters Mars Odyssey and Mars Reconnaissance Orbiter (MRO).

“The arrival of ESA’s Trace Gas Orbiter at Mars, with its NASA-provided Electra relay payload on board, represents a significant step forward in our Mars relay capabilities,” said Chad Edwards, manager of the Mars Relay Network Office within the Mars Exploration Program at NASA’s Jet Propulsion Laboratory, Pasadena, California. “In concert with our three existing NASA orbiters and ESA’s earlier Mars Express orbiter, we now have a truly international Mars relay network that will greatly increase the amount of data that future Mars landers and rovers can return from the surface of the Red Planet.”

NASA is on an ambitious journey to Mars that will include sending humans to the Red Planet. Current and future robotic spacecraft are leading the way and will prepare an infrastructure in advance for human missions.

The JPL-designed Electra radios include special features for relaying data from a rover or stationary lander to an orbiter passing overhead. Relay of information from Mars-surface craft to Mars orbiters, then from the Mars orbiters to Earth, enables receiving much more data from the surface missions than would be possible with a direct-to-Earth radio link from the rovers or landers.

“We already have almost 13 years’ experience using ESA’s Mars Express as an on-call backup for data relay from active Mars rovers, and TGO will greatly expand this to routine science-data relay,” said Michel Denis, TGO flight director at ESA’s European Space Operations Centre, Darmstadt, Germany. “In 2020, TGO will extend this relay support to ESA’s ExoMars rover and the Russian Surface Platform, an important capability together with its science mission that enhances the international data network at Mars.”

As an example of Electra capabilities, during a relay session between an Electra on the surface and one on an orbiter, the radios can maximize data volume by actively adjusting the data rate to be slower when the orbiter is near the horizon from the surface robot’s perspective, faster when it is overhead.

Due to improvements in the newest Electra radios and reduced interference levels, TGO’s relay radios are expected to offer relay performance about double that of MRO’s Electra.

JPL, a division of the California Institute of Technology in Pasadena, manages the Curiosity, Opportunity, MRO and Odyssey missions, and NASA’s role in the ESA ExoMars program for the NASA Science Mission Directorate, Washington.

An astronaut aboard the International Space Station photographed a sunset that looks like a vast sheet of flame. With Earth’s surface already in darkness, the setting sun, the cloud masses, and the sideways viewing angle make a powerful image of the kind that astronauts use to commemorate their flights.

Thin layers of lighter and darker blues reveal the many layers of the atmosphere. The lowest layer—the orange-brown line with clouds and dust and smoke—is known to scientists as the troposphere, the layer of weather as we experience it. It is the smoke and particles of dust in the atmosphere that give the strong red color to sunsets.

Astronauts see the atmosphere like this roughly every 90 minutes, as they view sixteen sunrises and sixteen sunsets every day. Astronauts often comment on how thin and fragile Earth’s atmosphere seems.

Astronaut photograph ISS049-E-49442 was acquired on October 27, 2016, with a Nikon D4 digital camera using a 240 millimeter lens, and is provided by the ISS Crew Earth Observations Facility and the Earth Science and Remote Sensing Unit, Johnson Space Center. The image was taken by a member of the Expedition 49 crew. The image has been cropped and enhanced to improve contrast, and lens artifacts have been removed.

As the Oregon forestry trail manager Reid Brown easily has one of the coolest jobs around.

To give him his official title of “Off-Highway Vehicle Specialist” in Tillamook State Forest, Brown’s job is to build and maintain over 500 miles of sustainable trails in the area…

Throw a baseball, and you might say it’s all in the wrist.

For robots, it’s all in the gears.

Gears are essential for precision robotics. They allow limbs to turn smoothly and stop on command; low-quality gears cause limbs to jerk or shake. If you’re designing a robot to scoop samples or grip a ledge, the kind of gears you’ll need won’t come from a hardware store.

At NASA’s Jet Propulsion Laboratory in Pasadena, California, technologist Douglas Hofmann and his collaborators are building a better gear. Hofmann is the lead author of two recent papers on gears made from bulk metallic glass (BMG), a specially crafted alloy with properties that make it ideal for robotics.

“Although BMGs have been explored for a long time, understanding how to design and implement them into structural hardware has proven elusive,” said Hofmann. “Our team of researchers and engineers at JPL, in collaboration with groups at Caltech and UC San Diego, have finally put BMGs through the necessary testing to demonstrate their potential benefits for NASA spacecraft. These materials may be able to offer us solutions for mobility in harsh environments, like on Jupiter’s moon Europa.”

Recipe for the perfect gear

How can this mystery material be both a metal and a glass? The secret is in its atomic structure. Metals have an organized, crystalline arrangement. But if you heat them up into a liquid, they melt and the atoms become randomized. Cool them rapidly enough –about 1,832 degrees Fahrenheit (1,000 degrees Celsius) per second — and you can trap their non-crystalline, “liquid” form in place.

This produces a random arrangement of atoms with an amorphous, or non-crystalline microstructure. That structure gives these materials their common names: “amorphous metals,” or metallic glass.

By virtue of being cooled so rapidly, the material is technically a glass. It can flow easily and be blow-molded when heated, just like windowpane glass. When this glassy material is produced in parts greater than about .04 inches (1 millimeter), it’s called “bulk” metallic glass, or BMG.

Metallic glasses were originally developed at Caltech in Pasadena, California, in 1960. Since then, they’ve been used to manufacture everything from cellphones to golf clubs… 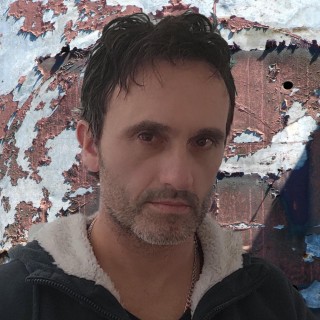